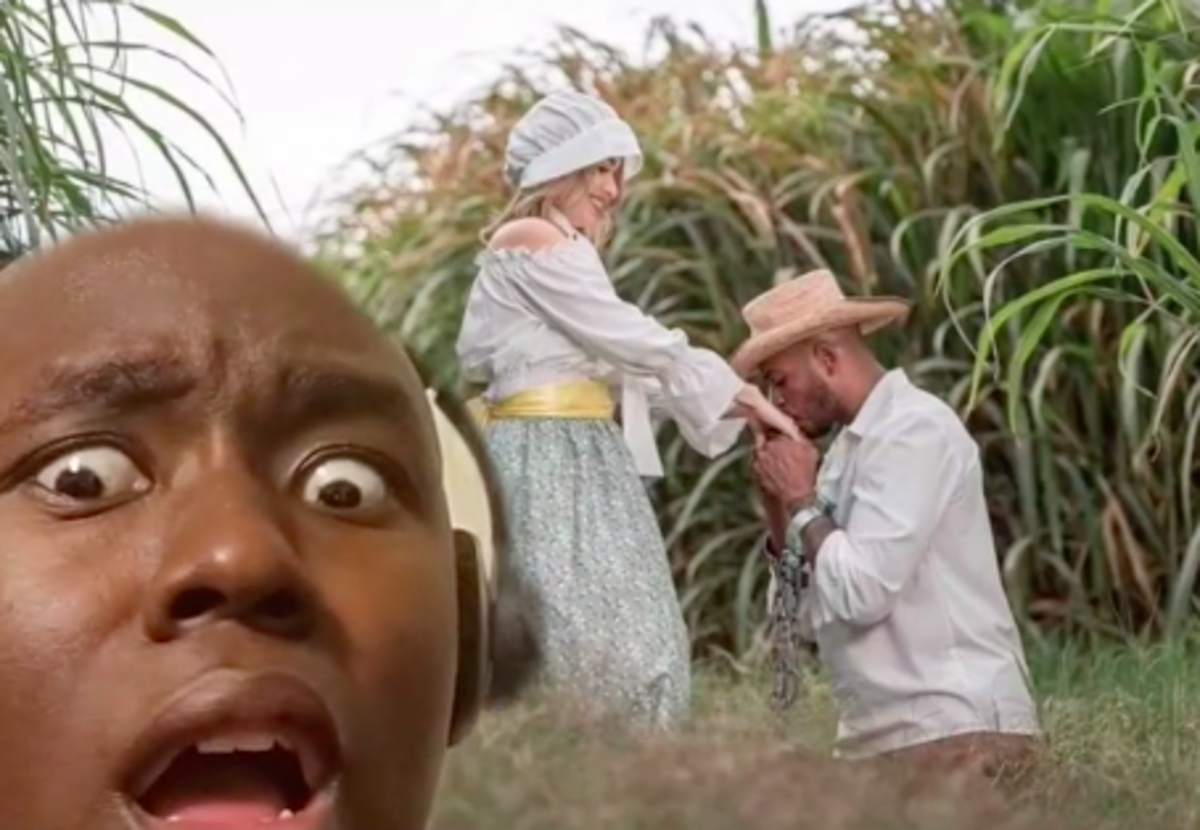 Twitter exploded on Wednesday after a pair who took half in a slavery-themed wedding ceremony shoot went viral.

Within the pics, which came about in a sugar plantation, the fiancé, who’s Black, wears shackles and is on his knees kissing his associate’s palms. The lady, who’s white, is seen sporting a protracted skirt and white bonnet and is posed as if she is about to unlock his shackles.

“1842. Days handed and every part modified, our love obtained stronger and stronger. He was now not a slave. He was a part of the household… Half 2 PRE-WEDDING session,” the caption reads.

“There have been three individuals there, counting the photographer, and never one thought, ‘ought to we [not do this]’?” someone wrote. “And over 1400 individuals hit the like button? And it is half 2, like there’s extra? I so need to be on the wedding ceremony when the minister asks if anyone objects.”